Quitting is often a great strategy, a smart way to manage your life and career.

Another book review. I am definitely on a roll. Would this make you forgive me for not publishing any fiction stories in this month? Yaaay! Thank you!

The Dip is described as “a little book that teaches you when to quit (and when to stick)”. Seth Godin makes a strong case for quitting being a smart strategy when done right. the only problem is – I am not very sure that I understand his explanations in support of that case.

A little bit of a back story before I continue with the review – y’all know there is always a side gist to any book that I read. Anyway, there was this person sewing a thread on twitter and somebody popped up and recommended this book as being a good read for knowing when to persevere and when to just let some things go. I think the discussion was around start-ups. Anyway, I just made a mental note and moved on with my life. This was in 2020. Fastforward to January 2021, I picked up Adaora Mbelu’s This Thing Called Purpose. At the time, I was reading it, I had pushed a decision to be made regarding a business venture with a business partner back to February, 2021. In all honesty, I had been thinking of leaving the business and I was just stuck in it. Anyway, after reading Adaora Mbelu, I decided that I was going to leave the business venture. I however recalled “the Dip” and I decided to read it to reinforce my decision. I was bascially looking for a confirmation that my decision was the right one for me.

END_OF_DOCUMENT_TOKEN_TO_BE_REPLACED

Set a destination even while you are praying and God will guide you where you need to go.

Dr. Myles Munroe in “The Principle and Power of Vision

I started reading “The Principles and Power of Vision” in 2020 and completed it in the first two weeks of 2021. It was the book we were reading in my youth’s group at church and I am really glad it was the book I started the new year with (and closely followed it with Adaora Mbelu’s This Thing Called Purpose“.

2020 was a year for me to try my hands at goal setting again. I had a vision board. I was able to look beyond all my disappointments ofthe previous years to dream again. Basically, this book reinforced that decision. Yes, 2020 did not even turn out the way I planned, but I had already dealt with that. If the principles in this book are largely applied, they can be very useful in helping an individual put together his vision. The book documents the ideal journey of a vision – from conception until it is passed over to the next generation. The idea is that your vision should not be centered around you – it has to be more than you. It is like a baton that should be passed from generation to generation.

If your vision is authentic, life is going to try it, just to make sure.

Dr. Myles Munroe in “The Principles and Power of Vision”

END_OF_DOCUMENT_TOKEN_TO_BE_REPLACED

This is a book review. (You know how we usually do it. No Spoilers!)

Boy, am I glad that I bought this book and also completed reading it early in the year (actually, in this time or period or season of my life).

I should say a little bit about how I arrived at the decision to read this book. I really cannot remember how I started following Adaora Mbelu on Instagram. The next thing I know is that I am subscribing to her newsletter. In one of her newsletters, she makes reference to her book and I decide to get it.

I guess a lot of us hear the word “purpose” thrown around so much. We also hear talk about “finding purpose” and how “everybody has a purpose”. Personally, the past two years have made me think about my life more in a way I hadn’t thought of before. I have thought about how perhaps if I figure out my purpose, then I can figure out the direction that my life should take. So from the second half of 2020, I began to think more of finding and fulfilling my purpose in life. So when I stumbled on “This Thing Called Purpose”, I thought why not? And I am glad I did. I should say two things here – one, I berated myself for not reading a lot of books in 2020. However, I am very confident that I have had a change of heart. I think its is better to read only one book purposefully than to read 365 books in the year with nothing to show for it. I have found the book to be encouraging and a reminder of many things I have always told myself but appear to have forgotten.

END_OF_DOCUMENT_TOKEN_TO_BE_REPLACED

My hands hover over the book as I conclude the last page of the 5th chapter.

Momcy was correct. I totally understood some things that happened and while she raised us the way she did. She had encouraged us to be involved in the family business – what started as a vegetable stall in a local market was now a nationwide chain of stores dealing in fruits and vegetables. Osahon is managing that now. I did an MBA like my father but I am working outside the family business. I wanted to show everyone that I earned my place at the family business, so I thought I could do that by thriving outside of it. While I am outside of it, I am just not sure I can describe my circumstances as thriving.

My parents spared no expense in our upbringing. We have a family business (ran by my mother) and my father spent the last 15 years of his active career in top management of some good companies. They left us a great legacy, by any standard. But I tried to distance myself from my family’s money. I wanted to do things on my own. Osahon embraced his privilege and wore it as a second skin. Maybe our mother was mistaken, all these things are not lost on Osahon. They were lost on me.

END_OF_DOCUMENT_TOKEN_TO_BE_REPLACED

“Big brother, you have to read this for yourself o. Momcy just gave us the summary of things.”

I am talking with my elder brother over the phone.

“Ama, just give me a summary now.”

“I think you should read it and then we should discuss the contents later.”

“Okay. But you should be fast o. Have there been any instructions so far?”

“I am serious o. You know your mother.”

I sigh after the call ends.

You must be thinking that my life was a very sad one. Maybe. Maybe not.  We made the best of what we had. At the time Dafe was 16, I was 25. I was in my second year doing a distance learning course at the Univeristy of Ibadan. That was when I met Efe, my husband. Dafe was preparing for her final year exams in the secondary school and it looked like we were finally going to get a break. Efe was doing his MBA at the time. I was practically running the vegetable business at the time. I also started selling fruits. I had swapped roles with my mother – I was making all the business decisions and she was doing the day-to-day trading. Dafe, interestingly, also helped out. It turned out that she actually enjoyed trading as well. I encouraged her to sell stuff at school. She was pretty so she would not have any problems selling anything, even if it was dog poop. She also had a great personality so that helped a lot. I was right. I helped her open a bank account and we started saving for her university education. I had seen some young girls get modelling jobs and contest for pageants while I was in school. I felt that Dafe could easily fit in. I wanted so badly for one of us to leave this life behind us and she had a better chance at it. At least, that was what I thought.

END_OF_DOCUMENT_TOKEN_TO_BE_REPLACED

Thank you for stopping by. Remember to check back every now and then

No part of any article on this blog may be used without prior consent and subsequent acknowledgement.

The Journey So Far 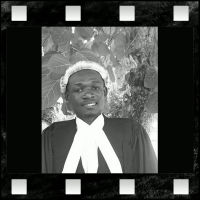